International reactions to the oppression upon our Bar Chairman International reactions to the oppression upon our Bar Chairman

Fair Trial Watch and the Lawyers for Lawyers Foundation from the States, and Lawyers Rights Watch Canada which has the status of consultant at the United Nations expressed their grave concerns with a joint declaration for the investigation faced by Tahir Elçi, the President of the Diyarbakir Bar Association.

All three organisations in a joint letter to the Prime Minister Ahmet Davutoğlu and Minister of Justice Kenan İPEK stated their deep concerns over the investigation and detention of Mr. Tahir ELÇİ and that it does not have a legitimate ground. They expressed that Mr. ELÇİ had been defending human rights since 1990’s in the region and had been trying to document human rights violations; Turkey must immediately drop the charges against Mr.ELÇİ due to its responsibilities stemming from international agreements and that they are expecting a reply to  their letter in a short period and that they will continue to closely follow the developments.

Declaration of Amnesty International about the Chairman of our Bar Association 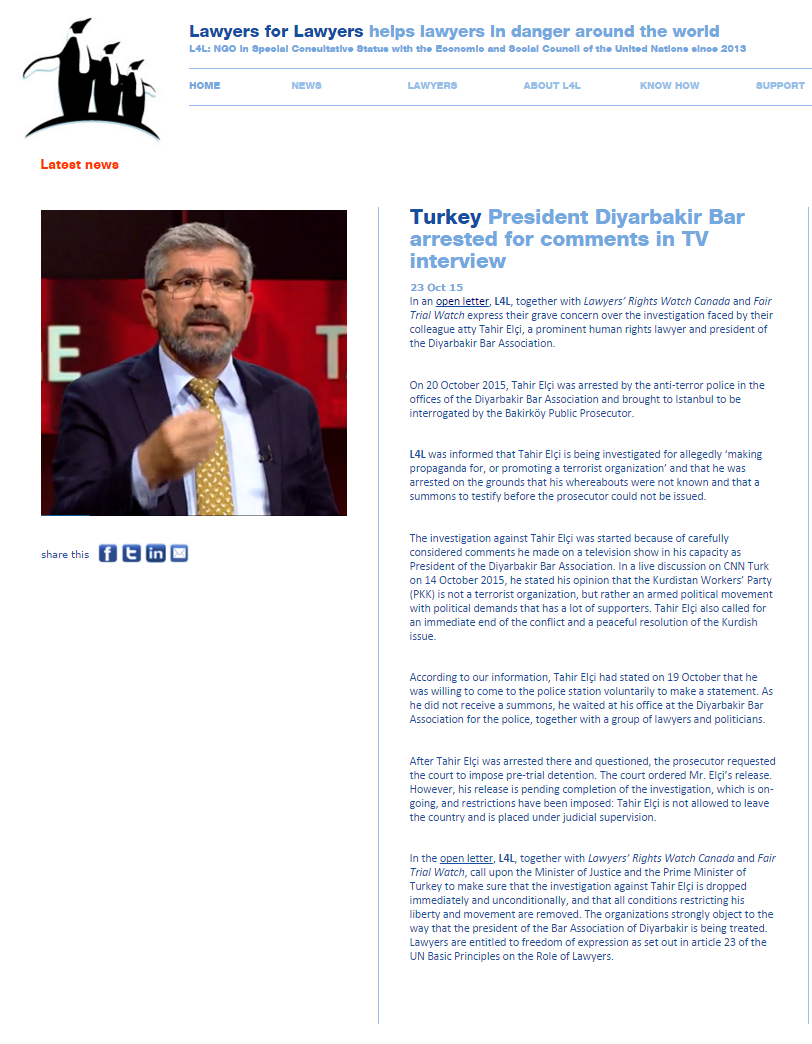 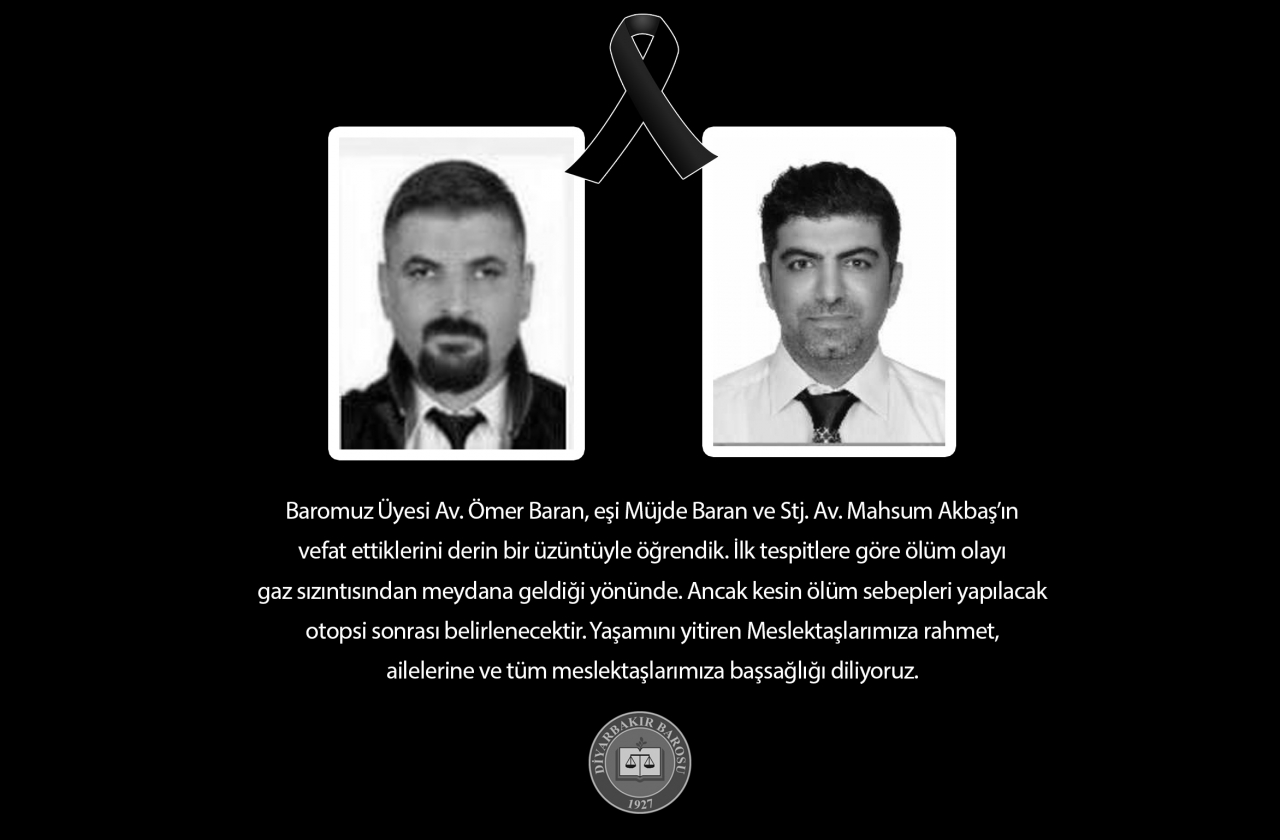